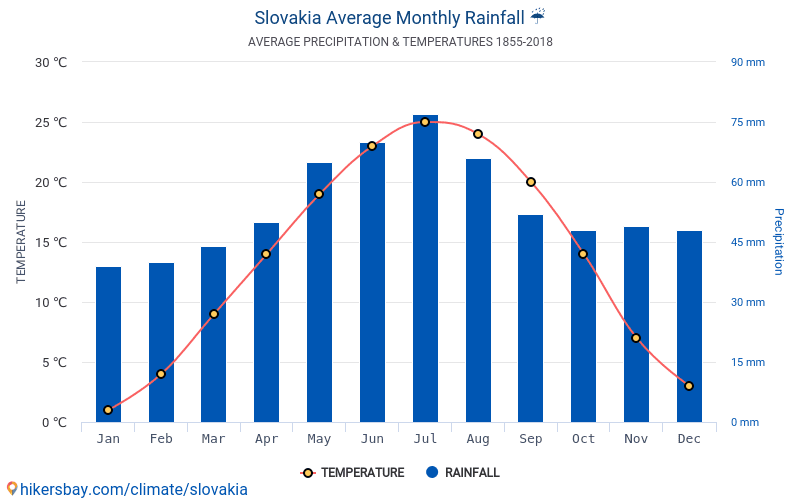 The climate of Slovakia

Slovakia is situated in the temperate inland climate zone, on maritime influences from the west and continental from Asia. Climatic conditions are complicated by large height differences. There are three climatic regions in Slovakia: warm, moderately warm and cool.

The heat zone is a lowland area in the south of the country. Average annual temperature (8-10°C, in July 20-23 ° C) it is the highest in Slovakia. In the vicinity of Bratislava, the number of sunny days a year reaches 200, and the average rainfall ranges from 550 do 750 mm.

The moderately warm climate covers most of the country: foothills, low mountains, slopes and valley bottoms in high mountains. The average annual temperature is 4-8 ° C, and average rainfall (800-1200 mm) sometimes it is twice as high as in the lowlands.