(the Sikorski family nest – of the Cietrzew and Wybicki coat of arms - the Rogala coat of arms).

The village of Sikorzyno is located near Wieżyca Mountain, between Szymbark and Gołub – well-known Kashubian holiday villages. In the center of Sikorzyn there is a historic manor house surrounded by a park. Gentlemen Sikorski, the first owners, descendants of Gertrude, the cousin of Prince Mestwin, took their surname from the village of Sikorzyno.

During its rich history, the manor was also owned by the Wybicki family. Sikorzyno is the family nest of the Wybicki family, the most famous representative of the family is General Józef Wybicki, author of the words of the Polish anthem. Present, the heterogeneous shape of the manor house in Sikorzyno is the result of the extension of an older complex, erected after the middle of. XVIII w. (plastered leaf), to which at right angles were added in the second half of the. XIX w. brick wing.

The foundations and cellars of the building were made of crushed stone on a sand-lime mortar, brick perimeter walls. The internal walls are wooden frame construction, filled with burnt brick, dried or earthenware ,,with a trowel ". Half-hipped roof with multi-slope, covered with a double carp rod. In the roof slopes 7 lukarn. The structure of the rafter-column rafter framing. 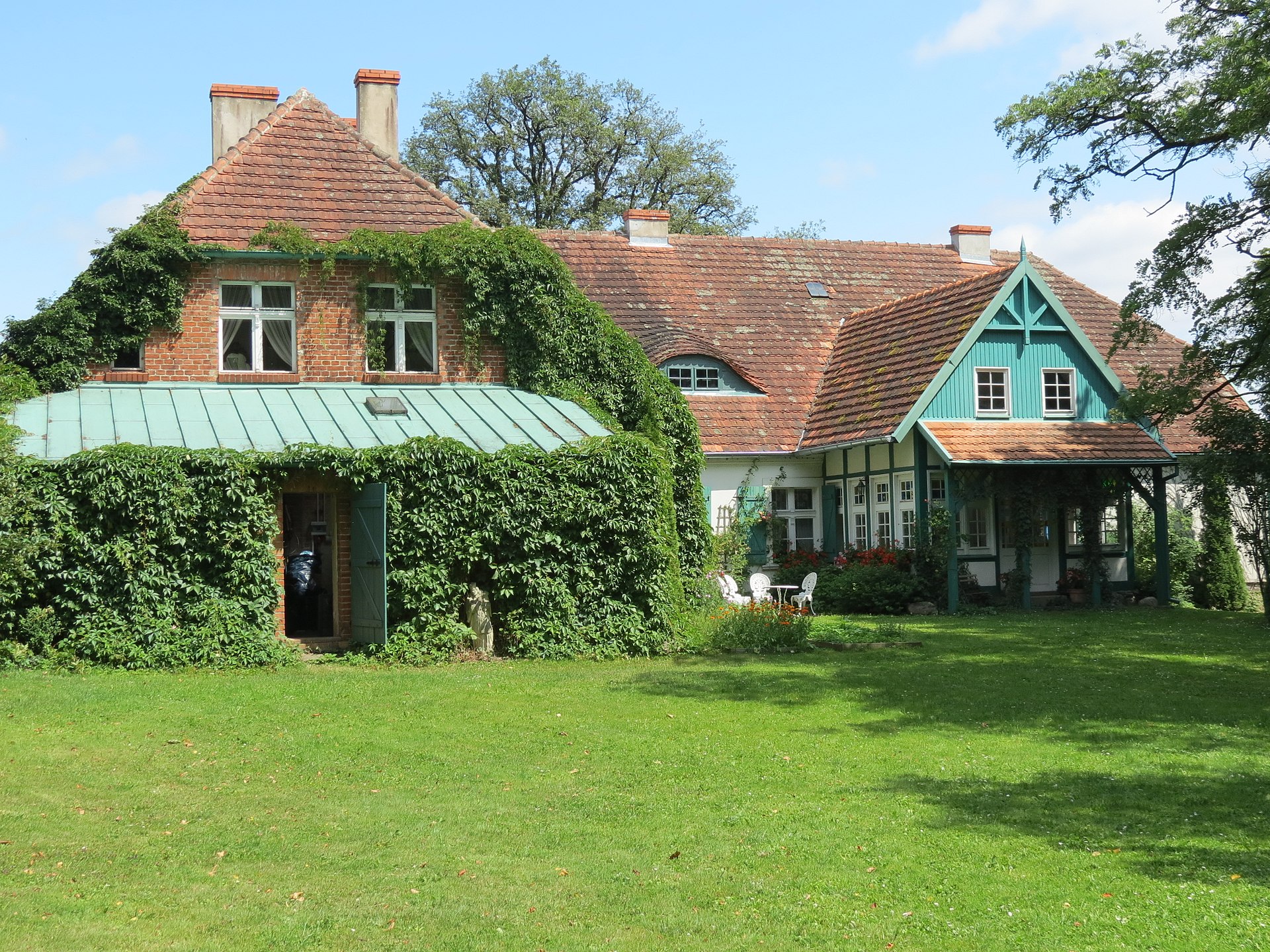 Rooms in the older part of the manor house in a two-bay layout. The front path with two rooms separated by a vestibule, w trakcie ogrodowym cztery izby oraz sień. The interior of the newer wing – multi-room. The rooms on the ground floor were covered with a beam ceiling. The window and door joinery comes from the time of expansion, i.e.. from the end of the 19th century. Inside the manor there are six active tiled stoves from the turn of the 19th and 20th centuries. and one furnace from the beginning of. XX w.

Total area of ​​the manor - 805 m2, including: cellars - 105 m2, parter - 350 m2, attic 350 m2, volume approx. 1700 m3. Nowadays, after a meticulous reconstruction, the manor house was turned into a museum of the interior: original tiled stoves are located here, furniture and appliances from the late nineteenth and early. XX century. 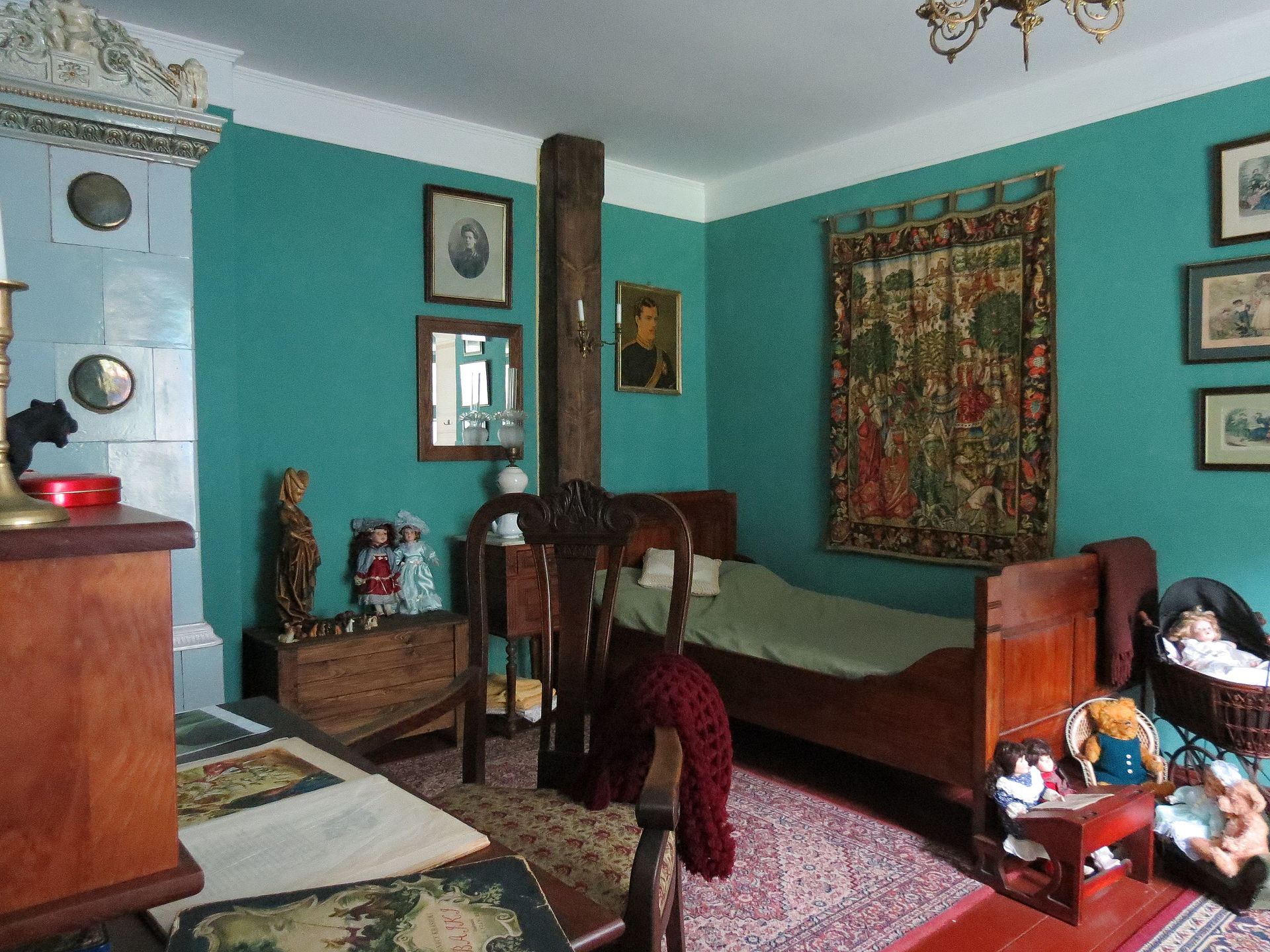 There is a small park adjacent to the manor house with a partially preserved historic tree stand, including. with a legible linden avenue ended with a linden gazebo, and in front of the main entrance there is a 300-year-old oak considered a natural monument. In the area adjacent to the park, the pow.0,4ha, the current owner set up a plant maze.. For a year 2008 the restored manor house with a park and a labyrinth of plants is open to the public. 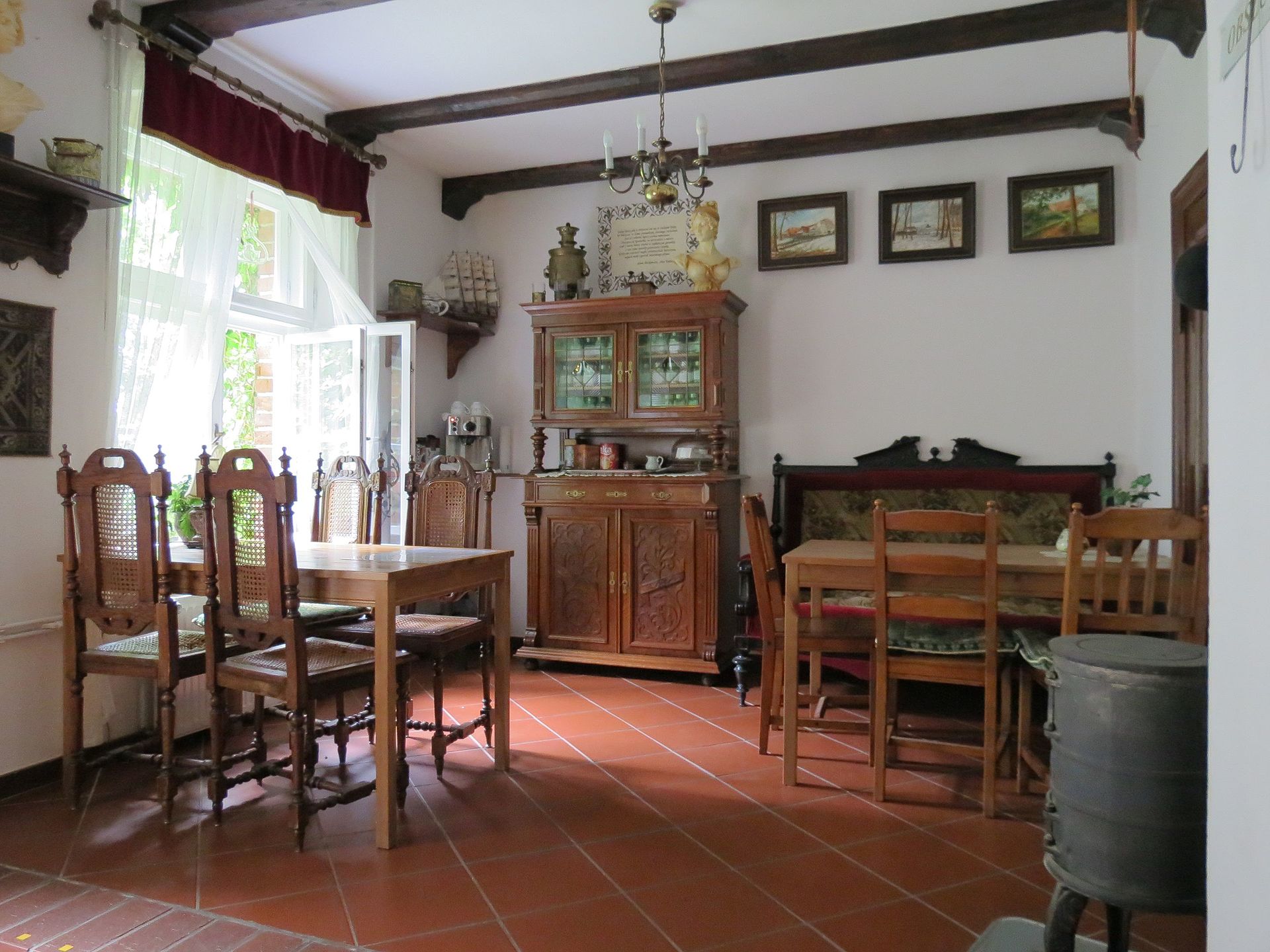 Every year, starting of 2005 year, on the last Saturday of May, the final of the mass rally for children and youth is held here. "Picnic with General Wybicki". This event symbolically connects the manor house in Będomin ( where the Museum of the National Anthem is located ) with the manor in Sikorzyna.

A short history of the manor house (property and villages) on the basis of preserved sources.

1284 – Sikorzyno along with twenty other villages is part of the Pirsno lands, which the Pomeranian Duke Mestwin gives to his cousin Gertrude,

1638 – Outcasts (Rogala coat of arms) they own most of Sikorzyna land ( they pay much higher taxes than the Sikorski family), before 1747 Piotr Wybicki – judicial terrestrial mirachowski (assessor) and his wife Konstancja née Liski and their seven daughters move from Sikorzyno to the purchased goods of Będomin, where in a year 1747 Józef Wybicki is born, later general and author of the words of Mazurek Dąbrowski,

1772 – The Sikorski family has one drag in Sikorzyna, the rest of the property belongs to the Wybicki family, also settled in nearby Będomin,

1885 – Sikorzyno is a dominant region – 1235 ha of land, cattle and sheep breeding is carried out here, there is also a steam distillery, A brick residential wing was added to the manor house, there is also a forge, saddle house, stables, sheepfolds, fields, barns and other farm buildings,

1857 – na planie z tego roku widzimy jeszcze istniejący średniowieczny dwór Sikorskich (located parallel to the road) and a wing added to it at right angles, built during the Wybicki times in the middle of. XVIII ,

1921 – The property becomes the property of the Polish State Treasury,

1926 – The leaseholder of the property is J.. Stencel - a Kashubian farmer,

1935 – Property parcelling. The Stencles own the leftovers 35,7 ha of land with buildings and a park,

1965 – The Stencls sell the property to the Kukowski family,

1992 – The Kashubian-Pomeranian Association buys a dilapidated manor house with a park from the Kukowski family (1,2 ha), in which to 1998 does not undertake any work,

1998 – The ruined manor and the park are purchased by Leszek Zakrzewski, conservator of monuments based in Gdańsk,.

2008 – The manor in Sikorzyna after 10 summer rescue and conservation works were made available to visitors.