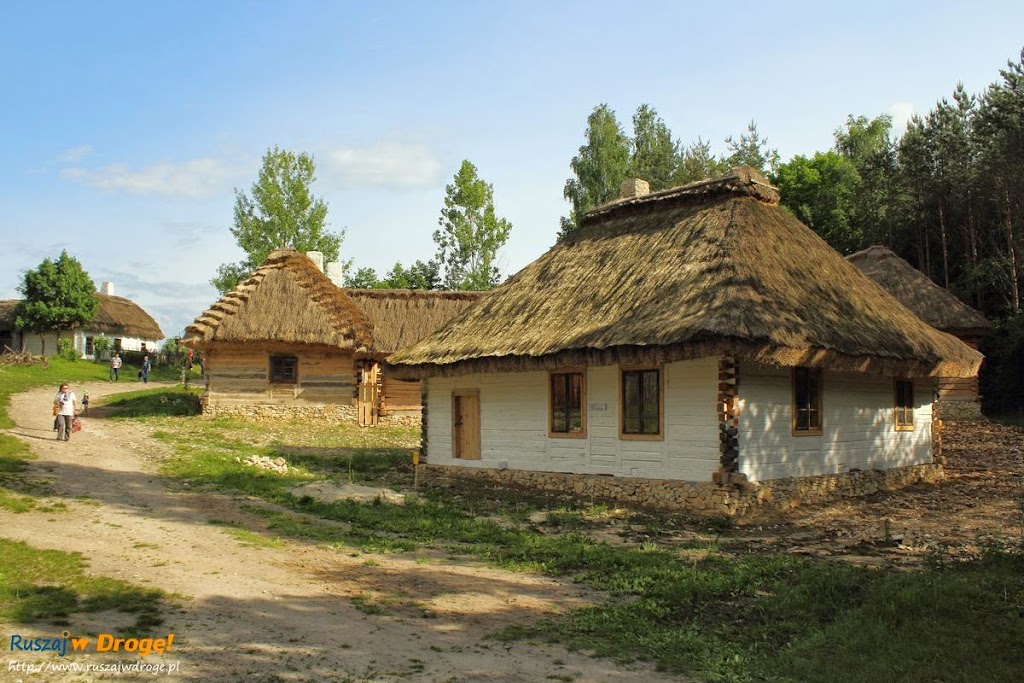 The area of ​​the region is very diversified in terms of the topography. Northeast part, called the Radom Plain, stretching between the Vistula and the Pilica, it is a flat part of the Masovian Lowland, while the remainder, covering the Kielce-Sandomierska Upland and the Nidziańska Basin, belongs to the Małopolska Upland.
The Kielce-Sandomierska Upland includes the Świętokrzyskie Mountains, Sandomierz Upland, Koneckie Hills, Opoczyńskie Hills and Iłżeckie Foothills.
The Świętokrzyskie Mountains - stretching from Przedbórz nad Pilica to Opatów are the remains of an old rock mass, rising at the end of the Paleozoic era (before 200 million years) - form parallel chains of hills, traversed by transverse valleys. The highest chain is constituted by Łysogóry; the highest peaks are Łysica (612 m) and Łysa Góra (595 m).

Łysogóry mostly consists of quartzites, sandstone and slate, and their name comes from quartzite rock rubble, called goloborzami. In the Świętokrzyski National Park, the beeches are specially protected, firs and larches.
The hilly Sandomierz Upland contrasts with the Świętokrzyskie Mountains, situated between the south-eastern slopes of the Świętokrzyskie Mountains and the Vistula River. The south-western part of the region is marked by a strong decline, called the Nidziańska Basin, with an average height of 200-300 m above sea level, with rich mineral springs.
The relief is diversified by rivers: Pilica, Nida, Kamienna and Radomka.
The Kielce Region is classified as an industrial and agricultural area. However, there are also minerals here, like for example. the iron ore, sandstones, dolomites, precious and calcareous clays (famous marbles of Kielce) and sulfur.

The Kielce Region is one of the most interesting tourist regions in Poland. They make up for it: gentle landscape relief, numerous monuments and monuments of culture, historical memorabilia related to the great sons of this land (Mikołaj Rej, Jan Kochanowski, Stanisław Konarski,
pcs. Piotr Ściegienny, Stefan Żeromski), as well as rich folklore (folk costumes, traditions, legends), as well as natural monuments. In the Kielce Land we meet numerous battlefields and souvenirs from the liberation struggles - Kościuszko Insurrection, Uprising January and 1905 r.
During the Nazi occupation, it was a region of highly developed activity of the resistance movement and partisan fights. Near St.. Katarzyna, there is a monument to the partisans who died in the Second World War. Two regions group the most interesting tourist attractions:
1. Kielecko-Sandomierska Upland,
2. Solec basin.